Reason's For And Against Cloth Diapers 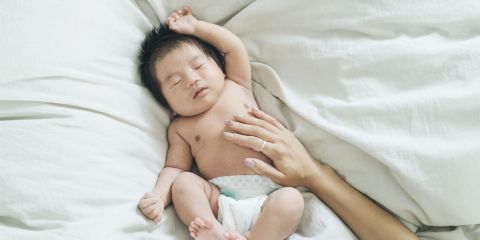 Every parent knows that from the moment you bring your little one home, convenience wins over everything. That's why disposable diapers (someties called nappies) are the go-to for many parents who want to keep their babies (or non-potty-trained toddlers) clean.

But, fun fact: Disposable diapers (or single use diapers) aren't the only convenient choice in the book. Cloth diapers (or re-usable diapers) are also a viable option, especially for eco-conscious parents wanting to be more sustainable, and those looking for more skin-friendly baby products.

Unfortunately, that doesn't mean cloth diapers are without flaws because they aren't.

So, if you have mixed feelings about them and don't know whether they'd be a good fit, here are the main pros and cons of cloth diapers.

They Will Save You Money

A review by Consumer Reports recently showed that the costs of disposable diapers can really start to add up.

According to the findings, parents should expect to spend anywhere from $1,500 to $2,000 more on single-use diapers until their child comes of potty age (2-3 years old) .

The cost will be much higher than that if they decide to opt for a brand that offers biodegradable or chlorine-free diapers (approximately $2,500).

Meanwhile, cloth diapers pose as a cheaper alternative as they allow parents to use them repeatedly for as long as needed. And yes, the upfront costs may pinch your wallet a bit, but it's a worthwhile investment down the line if you consider the negligible upkeep costs.

Parents switch to cloth diapers for a variety of reasons. But, a recent study showed that the most common amongst them is their willingness to save the planet .

To be honest, that's a pretty legitimate reason to give up single-use nappies as each one of them takes up to150 years to decompose .

To create one disposable diaper you would need one cup of crude oil, plus a number of synthetic (and potentially toxic) substances that go into making these things, from fragrances to bleached wood pulp to chemicals like dioxins. 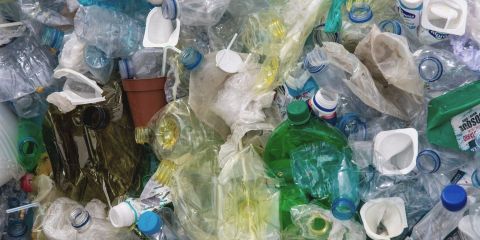 On the other hand, cloth diapers don't contain any synthetics, which means that even if they end up in landfills, there's zero chance that they will ever pollute the surrounding area or the groundwater.

Not being made of plastic, their lifespan is also much shorter than that of disposable diapers. In fact, they take just a few decades to decompose.

Plus, they can be repurposed as a cleaning rug once your kid learns how to use the bathroom.

While cloth diapers may be a clear eco champion, the continuous cycle of washing does add to the their eco footprint. That being said, choices around washing frequency and detergents used can play a significant role to minimise this impact.

One of the main reasons why most parents refrain from using cloth diapers is because they're tricky to use.

However, modern versions are a far cry from the old cotton square/safety pin combos of the past, proving that the days of diaper origamis are long gone.

In fact, since most models now use snaps or Velcro straps, the product is more accessible than ever for first-time users.

Unlike single-use nappies, cloth diapers consist of various fabrics, from hemp cotton to microfibers. That means you can choose linen based on how sensitive her skin is.

This way, you could prevent side effects from occurring, and that includes rashes, eczema, and allergic reactions .

Some brands also design their products to fit babies of different sizes and ages. So, for older kids, you could always opt for pieces that slip right up and are perfect for potty training.

They May Help With Potty Training

Even though there are no studies to back up this theory, many parents believe that using cloth diapers could help their little ones with potty training. That's because disposable diapers retain most of the moisture, keeping their babies' skin dry. As a result, they don't feel the need to get changed or head to the toilet for some relief.

However, cloth diapers lack the same absorbency, which means your little one is forced to feel the moisture (with a side of discomfort) when she wets herself. As a result, she associates this uneasy state with the sensation of a full bladder, transitioning from diapers to the potty much more easily.

Reasons Why Cloth Diapers are Bad

They Could Irritate Your Baby's Skin

You'd think that, since cloth diapers contain zero toxins and chemicals, they'd be the last thing to irritate your kiddo's skin. But, research shows that babies who wear cloth diapers day in day out are more likely to develop a rash than those who sport disposable nappies on the reg.

According to a study published in the Journal of the American Academy of Dermatology, this could be because of the absorbent gelling material in the disposable kind that prevents moisture from building up and bacteria from growing in the surrounding area.

Tip: You could avoid this side effect if you change your baby every time she gets herself wet.

They Aren't As Absorbent As Disposables

One of the biggest disadvantages of cloth nappies is that they can't absorb as much excreta as their disposable counterparts. That's because the latter is made of polyacrylate polymers , which are known for absorbing 300 times their weight in liquids .

Meanwhile, reusable nappies are made of 100% cloth, which means they can hold about one pee's worth of excreta. So, if a kid pees twice, chances are the contents of the diaper will leak through the fabric and make a mess.

That’s why most parents experiment with liners of different densities and even use an extra insert (check below) to increase the diapers' absorbency.

Tip: Since manufacturers are aware of this drawback, most of them are making a legitimate effort to make their products more absorbent. One of the most effective solutions to date are inserts, which allow parents to add an extra layer of fabric between the diaper and their babies' skin. However, if you decide to use such a diaper, make sure to choose inserts that are made of skin-friendly materials such as cotton, hemp, bamboo, and microfibers.

Most moms agree that the single most annoying thing about cloth diapering is the constant washing. That's because these things are going to stink when they are stained and used.

That being said, you can't leave them lying around in the diaper pail for too long (even if you have dozens of them waiting in the drawer) - which means you need to do laundry, at least, every 2-3 days.

Washing, however, is just the beginning. Once clean, you also need to dry, iron, and fold the nappies to have them ready for when the situation calls. This can be time-consuming (not to mention exhausting) at times. In some cases, if the "spill" is too bad (this usually applies to babies that breastfeed), you may need to pre-soak them to remove the stains. That could set you back hours at a time.

Tip: To minimize stains and make cleaning much easier (especially when you have to deal with "heavy loads"), consider investing in a diaper sprayer. This pressure nozzle is like a handheld bidet and can be attached to the toilet. It provides you enough water pressure to remove even the most stubborn of poop messes without having to scrub the linen yourself.

They Aren't Convenient When on the Go

Since cloth nappies aren't as absorbent as the disposable ones, they need to be changed quite often. That could pose a problem for any kid that spends most of her time outside the house, whether she's at the daycare all day or in your tow running errands.

Carrying around a bag full of dirty, wet diapers is also a problem as the stench and filth could leak out of the purse and cause a mess everywhere you go.

They Don't Go Well With Creams

Another downside to using cloth diapers is that they restrict you from applying creams or powder on your baby's bum. So, if your little one has a rash or her skin is irritated for some reason, you can't smear anything on the area to soothe her because the linen will absorb it, defeating the whole purpose.

More than that, if you apply moisturizing products on the reg, the diaper will start losing its absorbency as the oily/chalky ingredients in the cream/powder will build upon the linen.

Tip: You may be able to get away with applying creams or powder sparingly, i.e., once every two weeks. However, if you need to use cream/powder more often than that, remember to place a thin (disposable) liner between the cloth diaper and your kid's skin to protect both.

Prefolds are big rectangular pieces of cloth (usually cotton) with a few extra layers of fabric in the center and an added cover to keep the whole thing in place.

Pockets feature three parts: a waterproof outer layer, a stay-dry inner layer, and a pocket-like opening where you can tuck in an extra layer of absorbent material (see: cotton insert).

All-in-ones (AIOs) consist of an outer waterproof layer, an inner absorbent soaker pad, and two adjustable closures, one on each side.

All-in-Twos (AITs) are similar to all-in-ones; they just feature a removable soaker pad.

Fitteds are shaped like an hourglass, have elastic straps around the leg and waist areas, and feature hoop-and-loop closures or snaps.

It's official: Cloth diapers are cool again. However, before you make the jump, it's important to weigh down the pros and cons of cloth diapers and see whether your little one (and you) will actually benefit from such a change.