When To Switch To Pull Ups: The Ultimate Guide 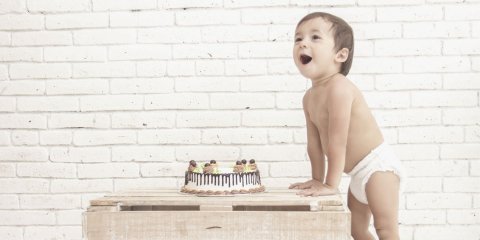 Wondering when to switch to pull ups? After all, they seem so much easier than traditional tab nappies. The good news is, there’s not really a “wrong” time to make the switch.

There’s a few reasons why the time might be right for you and your little one:

We’ll discuss these reasons in detail below, and also look at the negatives of pull ups so you can make an informed choice for your family.

But first, a bit about pull ups:

Today, you’ll find pull ups named things like convenience pants and nappy pants. They claim to offer the same level of absorbency as disposable tab nappies, making them suitable for both day and night time use.

A great feature of pull ups are their side seams that tear easily, so you don’t need to work the nappy back down their legs to remove it (you definitely don’t want to be doing this for number twos!).

Pull ups tend to sag less because of their slim fit design. If your little one is wearing regular clothes, rather than babywear, you might pull ups more aesthetically pleasing than nappies.

Now, let’s explore the three main times for when it’s a good idea to switch to pull ups.

They refuse to lie down

Do you have one of those babies or toddlers that just hates to lie down? Then you probably dread each and every nappy change.

This is where pull ups really shine. Once your child no longer has to lie down for nappy changes, you can basically change their nappy right in the middle of whatever they are doing at the time. Stressful nappy changes become a thing of the past! You no longer need to find an appropriately comfortable surface for them to lie on, just meet them where they are at.

They’re on the move

Once your child can escape you, nappy changes become much more difficult. That’s why some parents choose to switch to pull ups as early as the crawling stage. Others might wait until their child is standing or has started walking . 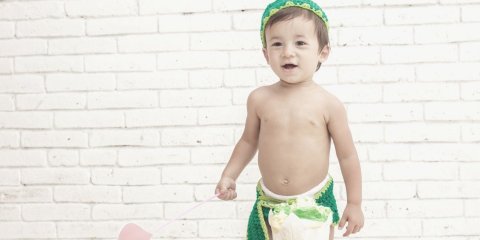 Once your little one can support their own weight, it’s much easier to pull it on and into position. Tip: keep an eye out for the brands that offer a 360-degree elasticated waistband.

Toilet training is just around the corner

Have you been starting to think about toilet training your little one , but they’re still in disposable tab nappies? Then switching to pull ups can be a great transitional step. 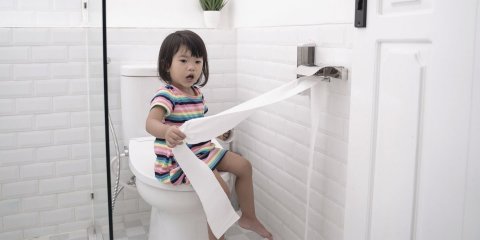 Some signs that your toddler is ready for toilet training include:

You may see these signs of toilet training readiness as early as 18 months , however it is more common to see them around the 2 year mark, or even later. What is most important is not comparing your child’s progress to anyone else, but proceeding according to their individual stage of readiness. “Establishing each child’s best “window of opportunity” can be crucial for toilet training success .”

Often, undies or training pants are used during toilet training, rather than pull ups, because pull ups keep your little one feeling dry just as if they were wearing a nappy.

However, pull ups are ideal for helping your child get the hang of pulling pants up and down before you start training. That is one less thing for them to get used to once you do start the process with actual underwear.

And, children usually become day toilet trained before they are competently night trained . That means pull ups are perfect for containing any accidents at night and helping to build confidence, even if your child is managing just with underwear during the day.

There’s also a psychological reward for your child when you decide to switch to pull ups because they start to feel like you’re seeing them, not as a baby, but as a big kid in real pants.

If you’re wondering when it’s time to switch to pull ups, then it’s important you are also aware of the negative aspects of pull up nappies.

The main prohibitive factor when switching to pull ups is the cost. Unfortunately, pull ups tend to come in packs or boxes which contain fewer nappies than the traditional tab versions. This makes it a bit more difficult to tell at a glance that you aren’t getting as much for your money. So, you should always check the price per item on the tag.

A quick analysis of a few major brands sold in Australia (at the time of publishing this article) shows pull ups cost between 25% and 80% more than tab nappies, depending on the brand.

If your child isn’t having formed bowel movements, then you may still need them to lie down in order to change their nappy. Those instances mean you aren’t getting the benefits that pull ups provide.

Additionally, you’ll find that pull ups are only available for little ones weighing at least 9 or 10kg. This is toddler size in nappies (size 4), so if your child weighs less than this, you might need to wait before switching to pull ups.

Despite these cons, for many, the cost of pull ups is far outweighed by the convenience of being able to change their child’s nappy while standing up.