Swaddling A Baby Pros And Cons 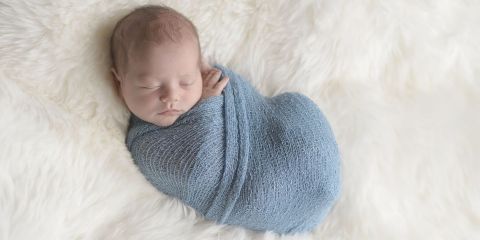 ‘Swaddling’ is something that all new mothers are familiar with but it might surprise you to learn that swaddling is a very old technique. Some of the earliest depictions of swaddling date back as far as a 3rd century to the Voltive statuette of a swaddled infant.

Swaddling has been used since 2000 BC and continued right up until the 17th century, after which, the technique became less popular after the main stream belief started to shift.

Why did the reputation of swaddling go on such a roller coaster? For some time, many people actually associated swaddling with neglect. The perception was that parents were 'trapping' or imprisoning their babies when using a swaddle.

Jean-Jacques Rousseau wrote in 1762 in his book 'Emile, or On Education' that:

The child has hardly left the mother's womb, it has hardly begun to move and stretch its limbs when it is given new bonds. It is wrapped in swaddling bands, laid down with its head fixed, its legs stretched out, and its arms by its sides; it is wound round with linen and bandages of all sorts so that it cannot move […]. Whence comes this unreasonable custom?

Of course, medical knowledge has come a long way since the 1700s, and now the medical community in most countries recommends the use of the swaddle.

In particular, it was Sudden Infant Death Syndrome (SIDS) which sparked the resurgence of the swaddle in the 1990's as it was recognised that babies sleeping on their tummies was linked to SIDS.

At the end of the day, the pros and cons of Swaddling your little one largely comes down to whether or not the benefits outweigh any risks, where some fear that swaddling may offer more risk than actual benefit.

First thing first. If you are reading this and your swaddled little one has begun to turn for the first time, it is the medical recommendation to stop swaddling as indicated by the systematic review on swaddling . More details on this later.

With that out of the way, so, what are the pro's and cons you need to know about swaddling

Improving sleep quality is a pretty significant pro for swaddling, how does this work? 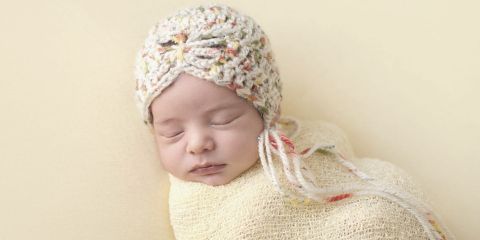 Swaddling is designed to mimic the restrictive environment of the womb, and it is commonly accepted that this provides benefits of longer sleep and less frequent wake ups during sleep or napping .

The research on swaddling effects on sleep quality , seems to be most clear when focusing on premature babies, with benefits becoming less pronounced with age.

This seems to indicate that while there is lots of anecdotal evidence on the benefit on sleep quality, the current research seems to suggest the biggest gains are with premature babies, but also that enough research in older babies has not been carried out.

In any case, this is still a pro for the swaddle.

Swaddling could cause Hip Dysplasia

Ok the big scary one first, this a a pretty scary sounding con, lets look at what hip dysplasia is first. 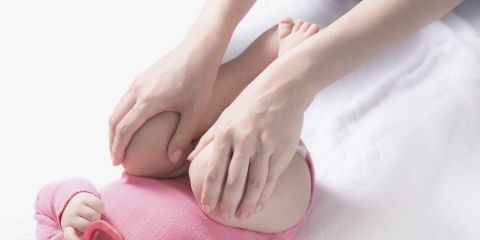 Hip dysplasia is when the hip socket does not fully cover the ball portion of the thighbone which can cause the hip joint to more easily dislocate.

This is quite a serious concern and the research confirms that Swaddling is strongly associated with Developmental Dysplasia of the Hip (DDH) with the incidence rate between 0.06 and 76.1 per 1000 births based on race and geographic location.

These stats aren't so great at worst its nearly 1 in 100, but the findings here seem to suggest that improper use of the swaddle was the biggest factor.

The goal of swaddling is to restrict the arm movements and not the leg movements, if you are swaddling anything more than the upper body, you are likely increasing the risk of Hip Dysplasia.

With any properly secured swaddle, it is vitally important that the legs are spread apart and are freely able to move. If the legs are in a 'standing position' this should be avoided.

This is a pretty big con for the swaddle, but the risk of it can be mitigated with some simple diligence from the parents.

One of the key risk factors of SIDS is if the baby sleeps on the back or tummy (supine or prone). According to the journal of Pediatrics;

We know from medical professionals that newborns have to stay sleeping on their backs to prevent them from rolling over and smothering their nose and mouth. Swaddling offers a very compelling option to secure your little one in the safe supine position.

The swaddle does not provide a guarantee to keep your baby in the supine position however. In fact, its more about restricting movement.

If your little one starts rolling around while remaining in the swaddle, the risk of SIDS is actually increased if they are able to roll over into the prone position and remain swaddled.

Improper use of the Swaddle

There are a number of risk factors associated with using a swaddle incorrectly, that are less prevalent and are all cons of the Swaddle to some degree.

Swaddling too tightly around your baby’s chest can restrict their movement which may lead to difficulty breathing, poor blood circulation and place unnecessary strain on the hips and knees.

Your swaddle should always be firm but with enough space for your baby to move their chest, pull their knees up and have a little wriggle.

Swaddling is designed to recreate that cosy womb environment and you’re not going to achieve that feeling with loose blankets that your baby can easily wriggle out of.

This is a danger in itself. It doesn’t take a big kick for a loose blanket to slip up across your baby’s face, with the main risk being suffocation. Babies are also prone to sudden jerking movements that may take them by surprise, and a loose swaddle won’t do much for keeping the strength of these movements to a minimum.

Swaddling for too long

As mentioned above, if there is any rolling, or movement, its time to stop swaddling.

The risk of SIDS peaks at around the 3 to 4 month mark, which coincides most likely with your babies first movements. Its likely time to reconsider the risks of using the swaddle.

Think about the temperature

Swaddles are firmly wrapped around your baby and that means they’re going to be warm in there. Be aware of your baby’s temperature and know that on hot days they may only need to be wearing a nappy or light romper underneath their swaddle.

To Swaddle or not to Swaddle

In our opinion, Swaddling over all offers more pro than con for the first 4 months and then the risk profile starts to change.

Hope this helps you decide on whether to use your swaddle or not.