Can A Toddler Drink Too Much Milk? 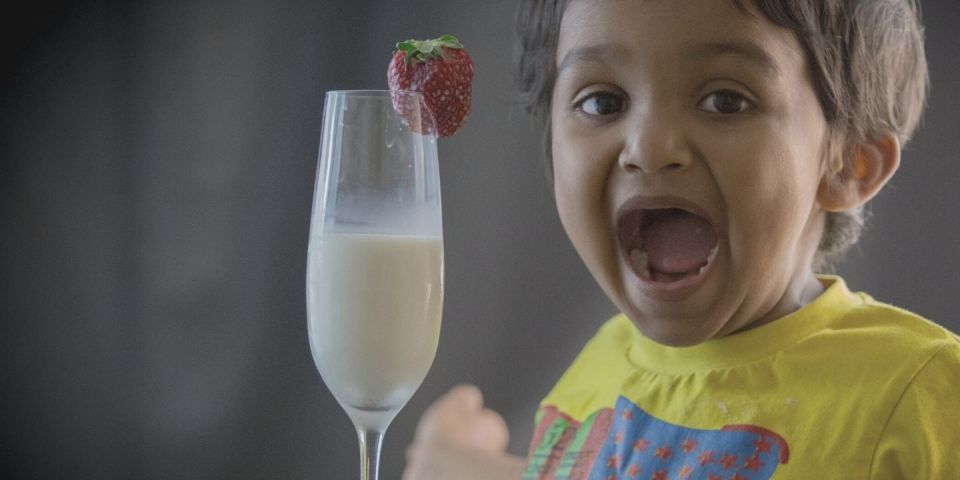 For more than 8000 years, cow's milk has been a staple part of the human diet. Espoused by the dairy industry as a vital source of calcium and other essential vitamins, minerals, and proteins, parents are routinely encouraged to ensure that cow's milk is an important part of their child's diet. 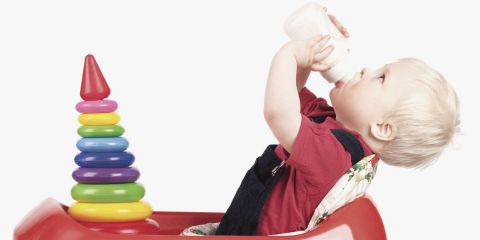 Despite claims made by the dairy industry, milk is relatively nutrient-poor, despite its high calorie load. Toddlers who drink too much milk can feel too full to eat their other solid foods which would provide them with essential vitamins and minerals for healthy growth and development.

They do underscore the fact that we do not yet know enough about the bioactivity of cow’s milk to rule out the possibility of detrimental effects on immune function.

The research article also noted that cow's milk allergy is the most common type of food allergy in babies, toddlers, and children.

One study examined the relationship between iron and Vitamin D levels in healthy children aged between two and five years, with different levels of milk intake.

The study showed that, while increased cow’s milk intake correspondingly increased the children's levels of Vitamin D, increased volumes of cow's milk decreased levels of Iron in the children.

The study concluded that a maximum of two cups (480 ml) of cow's milk per day provided a sufficient trade-off, allowing for healthy levels of Vitamin D without depleting the children's Iron stores. The study also noted the importance of Vitamin D supplementation for children, especially during winter months and particularly for children with darker skin tones. 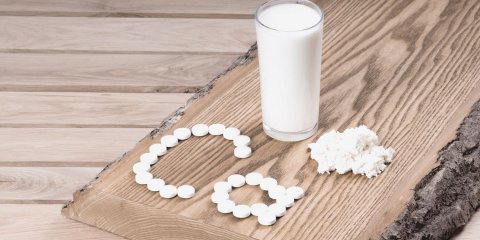 One of the most commonly cited reasons for high levels of cow's milk consumption in toddlers is that milk is supposedly a good source of calcium. However, calcium can just as easily be obtained from leafy green vegetables, beans, soy products, and fortified juices – and generally in a form more easily absorbed by the body than cow's milk.

Parents can reasonably introduce a limit of two cups (480 ml) of cow's milk per day in toddlers over the age of 12 months while restricting babies under one year from drinking cow's milk altogether.

The Benefits Of Milk For Toddlers

Cow’s milk is a source of calcium for children, although it must be said that other sources of calcium such as green vegetables and soybeans contain calcium in a form that is more easily digested by the human body.

Cow's milk is indeed an excellent source of Vitamin D, which is essential in all humans, particularly those with darker skin tones, and particularly in winter months when it is less likely for appropriate levels of Vitamin D to be absorbed from sunlight.

Always ensure that you choose full-fat versions of cow's milk rather than low-fat or skim milk.

Potential Risks Of Giving Too Much Cow's Milk To A Toddler

When considering the question, can a toddler drink too much milk?, it is important to be mindful of all the possible health conditions and other complications that can arise when a toddler is fed cow's milk in excessive quantities.

Milk anaemia, also known as iron deficiency anaemia, is perhaps the most dangerous potential complication of a diet high in cow's milk.

Resulting in poor oxygenation of the blood, milk anaemia can cause serious complications to toddlers, and is most dangerous in babies under the age of 12 months. Refer to the next section to learn more about the symptoms of milk anaemia.

One research paper confirmed the low iron content of cow's milk, resulting in difficulties for children to obtain the levels of iron needed for their growth and development from a diet high in cow's milk.

Despite frequent claims made by the dairy industry about the high calcium content of milk and the necessity for children to consume cow's milk to promote healthy bone development, the opposite is more accurate.

High rates of consumption of cow's milk has been linked to poor bone health in children, potentially resulting in more frequent bone fractures and even osteoporosis.

The consumption of cow's milk can also indirectly lead to an increased likelihood of diarrhoea and other dehydrating effects. This is because cow's milk causes a high renal solute load, leading in turn to a higher concentration of urine solute when compared to the consumption of infant formula or breastmilk.

According to one research paper, the high protein content of cow's milk causes the excess protein to be excreted in the child’s urine .

The feeding of cow’s milk to infants is undesirable because of cow’s milk’s propensity to lead to iron deficiency and because it unduly increases the risk of severe dehydration.

During times when the child’s fluid intake may be low or when other dehydrating factors are present (for example, the child already has diarrhoea) serious dehydration can be caused if the child's body does not have access to sufficient levels of water to excrete the excess protein introduced by the cow's milk.

In case your child is dehydrated, it would be far more prudent to use water instead of milk, even Pedialyte or a Sports Drink to re-hyrdate your child would be suffice. But do pay attention that you don't try to over compensate which could lead to excessive water consumption .

Keep in mind that cow's milk is produced by other cows to provide baby cows with the right amount of fats, proteins, and cholesterol needed for baby cows to grow. Most of these elements are not contained in human breast milk and are generally unsuitable for human baby consumption. 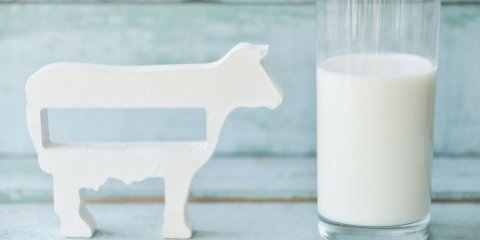 Additionally, malnourishment or obesity are related risk factors of a diet high in cow's milk, since cow's milk is simultaneously high in protein and calories while offering very little in the way of essential nutrients.

In the first instance, the child is likely to become malnourished due to a diet consisting almost entirely of cow's milk with very little other food.

In the second instance, the child is likely to struggle with obesity due to their excessively high calorie intake.

Recognising The Symptoms Of Milk Anaemia

If your child has a diet high in cow's milk and you are concerned that they may be suffering from milk anaemia, consult with your child's doctor. The condition will likely only become worse over time unless the volume of cow's milk the child is consuming is addressed as soon as possible.

As babies move from a diet purely consisting of breast milk or formula milk, parents face an ongoing battle to make sure their toddlers are consuming appropriate amounts of the right types of food to ensure their growing bodies receive the types of vitamins, minerals, and other nutrients essential for healthy development.

This begs the question, can a toddler drink too much milk? Studies continue to show that not only is cow's milk dangerously low in iron, but it can also actually deplete a toddler's iron stores, potentially leading to milk anaemia, in addition to other potential health complications.

Cow's milk should never be given to babies under the age of 12 months, although small amounts of dairy can be safely consumed in other forms such as cheese or yoghurt . If parents wish to offer their baby cereal or other food that is normally served with milk, iron-fortified infant formula or breastmilk should be used.

The cow’s milk intake of toddlers over the age of 12 months should be limited to 2 cups (480 ml) to reduce the chances of milk anaemia and other potential cow’s milk-related health problems.