What Are The Pros And Cons Of Napping For Kids?

Naps are an important part of infancy, extending into toddlerhood, preschool age, and in some cultures, into the schooling years too.

If you have a toddler, you might be wondering if they really still need their naps - especially if they are becoming difficult to put down. And you might want to know when naps stop being beneficial? 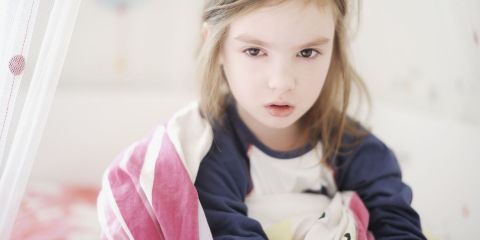 Unfortunately, it seems that determining the optimal amount of sleep is not straightforward, with sleep recommendations fluctuating throughout history. What is apparent, is that kids are sleeping less than ever.

So, we’ve turned to the research to separate the pros and cons of napping for kids, so you can determine whether continuing to nap is right for your child.

Specially, we’ll look at how napping:

But, first, we’ll look at who is napping, who isn’t and why naps stop.

At six months of age, babies generally have 2-3 naps per day, dropping the third nap around 9-12 months. According to a study of 172 children, toddlers, around 15-24 months, are generally having just one nap per day. This is still consistent for toddlers at the three year mark, but starts to significantly decline for preschoolers aged four years, with 57% of them napping five days per week. At five years of age, only 27% of kids are napping, and only on 4 days in the week. 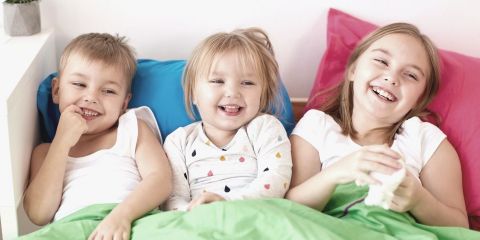 Like many changes in your toddler, they tend to most often occur naturally around the time of a growth spurt , or a sleep regression as they make a leap.

Sometimes toddlers and preschoolers stop napping naturally, seemingly outgrowing the need to nap. But, in other cases, it can be the parents stopping them from napping for one of three reasons:

Perhaps one of these has crossed your mind recently when thinking about whether your child really needs to nap. Or if your child is still a toddler, at what point will they be ready to give up the naps?

So below, we look closely at studies on how napping affects your little one, to help give you the full picture.

It makes sense that having enough sleep is important for optimal brain function. Of course, as parents, we’re all too familiar with the side effects of sleepless nights:

It’s no different when our kids don’t get enough sleep - and it makes complete sense that naps have a role in this. 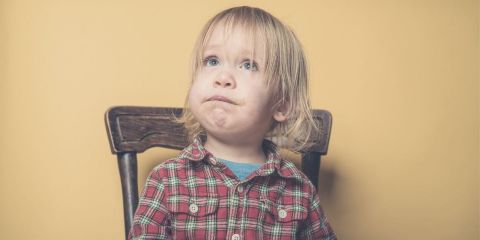 For kids who usually nap, missing a nap can have significant consequences for their ability to consolidate memories and therefore, to learn.

In early childhood, their memory stores for the short-term are quite limited. If memory consolidation doesn’t take place frequently, what has been learned will be vulnerable to the normal decay or loss that happens throughout the course of the day. When a nap occurs after learning, it becomes resistant to that loss and the decay is therefore slower than in a child who skipped a nap.

This has been supported by multiple studies. One involved training preschoolers (in the morning) on a task like the game “memory”. Testing recall 30 minutes post-nap and then the following morning revealed the kids who didn’t miss their nap presented better knowledge conservation.

It’s important to note that children who do not nap do not necessarily have poorer memory. But, when habitual nappers miss their nap, their cognitive processes are affected. One suggested reason is that, at this age, those who aren’t regular nappers may have developed to be more neurologically mature, and therefore, no longer require naps for optimal cognitive functioning.

Having enough sleep means that your child’s mechanism for reinvigorating their energy stores functions well, so they have enough of an attention span to concentrate on tasks throughout the day and remain in a good mood. 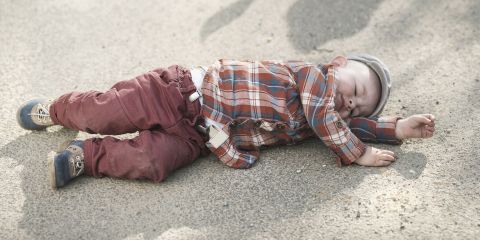 When a toddler, for example, needs a nap, but doesn’t get one, their level of alertness is reduced and their ability to keep their behaviour in check falters.

When thinking about the pros and cons of napping for kids, one issue that causes parents a lot of concern is: does napping affect bedtime?

When your child starts refusing to go to sleep at the usual time and so bedtime becomes delayed, you might be frustrated - especially if great sleep routines have taken a lot of work to establish.

Your first thought might be that they’re being naughty and would simply prefer to stay up and play. It might also cross your mind that their daytime sleep is impacting their night sleep because sleep in any 24-hour period is best looked at holistically.

If your child is older than 2, it’s likely to be the latter reason. Evidence shows that after 2 years of age, there is a link between napping and later sleep onset.

This study compared children who napped and children who didn’t and also found that the nappers took longer to fall asleep at bedtime.

The reason for this is that napping reduces the accumulation of sleep pressure, which is the physiological need for sleep that builds throughout the day.

If babies don’t nap, their sleep pressure is simply too great for them to be happy and content - they just can’t cope. But for toddlers and preschoolers who have become neurologically mature enough to handle the buildup of sleep pressure without napping, having a nap has a negative effect at bedtime.

Apart from the factor of sleep pressure, it must also be remembered that children require a particular amount of sleep in a 24-hour period. As children age, this amount reduces. On average, newborns need 16-20 hours, babies of 3-12 months need an average of 14 hours. Toddlers need a little less (around 12-13 hours) and preschoolers require only 11-13 hours.

When naps are no longer needed, but the child is still being required to nap, the amount of daytime sleep detracts from the amount of time they will sleep at night. As you can see, it’s important to re-evaluate sleep needs as your child grows.

Naptime can be a stressor for children

When looking at the pros and cons of napping for kids, we must also consider the stress factor. This study followed children napping in two full-time childcare environments. Results showed that children who had difficulty settling at naptime had an increase in cortisol levels (often called the stress hormone).

Those children demonstrated disruptive behaviours, and were less able to regulate how they acted compared to those who settled to sleep easily. While the study admits more research needs to be conducted in this area, it is important to make sure that your child really does need their nap, otherwise they may start to perceive naptime as a stressful experience.

When do kids stop napping?

When do kids stop napping? By age 5 only 27% of kids will be enjoying a nap and even then it would only be every second day, however, it's most important to pay attention to your individual child needs.

Your toddler or preschooler might start showing you some signs they are naturally ready to stop naps. These include:

It's important to ensure that your child is getting all the sleep they need and not eagerly end naps too soon when they may still be needed.

When it is time to stop naps altogether, it can be a good idea to give them some designated “rest” time instead.

The benefits of rest time, or time for solitude, aren’t just understood by adults. Children and adolescents can understand and articulate them too, such as:

Although toddlers and preschoolers may not be able to articulate these feelings so clearly, establishing quiet time for solitude early, sets the stage for continuing these benefits into school-age and beyond.

As you can see, research shows there are good and bad sides to napping.

But it isn’t something you can just pick and choose to do on the day. Habitual nappers need to continue having those naps until they grow out of them, otherwise suffer negative consequences. Some children mature (neurologically) earlier than others, which means that they may no longer need a regular daytime nap, despite others of the same age still requiring one.

With the pros and cons of napping for kids in mind, it falls to you to determine whether your child really needs those daytime naps anymore.

What is clear, is that each child needs enough sleep in a 24-hour period for optimal cognitive functioning, alertness and behavioural regulation.