Should Kids Take Probiotics And What Are They Really 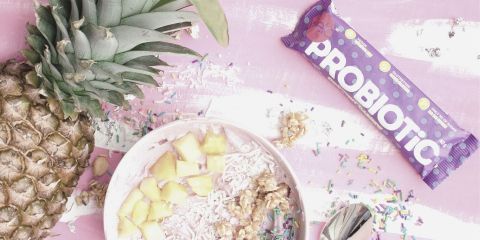 Probiotics certainly have the tick of approval for use by adults. In fact, you may have tried them yourself to remedy anything from gastrointestinal symptoms, to try to reduce the number of colds you get or to rebalance your good bacteria once it has taken a hit from antibiotic use.

But, should kids take probiotics too? The few studies into the use of probiotics in kids show mixed results so it can be difficult to know. And there are also a few caveats on who can and can’t take probiotics safely.

Should kids take probiotics? Research shows that giving probiotics to healthy children is safe, and could even be beneficial in helping fight skin allergies. However, children who were born prematurely or who are immunocompromised may be at risk.

When it comes to the health of our little ones, we want to get it right. And that means helping you have a good understanding before making a decision on this less-than-straightforward choice. So, in this blog, we’re going to really break down the question of should kids take probiotics and look at:

The initial formation of baby’s microbiome

Let's start right from the beginning and that of course means when our kids are born. 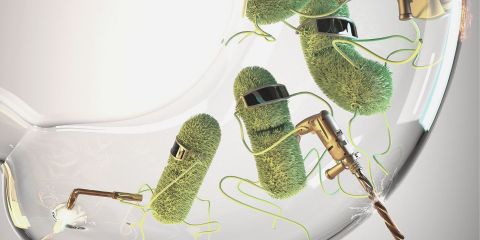 Babies need bacteria to help them digest breastmilk or formula and extract the nutrients they require for growth. Bacteria is also crucial for their immune system health and for normal central nervous system function.

It has long been assumed that babies are born with a sterile gut. However, new research shows the placenta is an astounding source of bacteria, most similar to that of the mother’s mouth. It looks like the seeding of microbiota in the baby’s gut may first occur in utero, rather than at birth as often suggested.

When breast milk or formula, and later, solids are introduced, so are new bacteria to a baby’s gut. There are an incredible amount of bacteria that colonise the gastrointestinal tract and form part of the total gut microbiome. To put a number on it, bacteria in the gut are equal to ten times the amount of cells in the human body. As well as diet, the composition of bacteria in the gut are influenced by genetics, age, geographic origin, and of course if you give your child any medications like antibiotics.

What are probiotics and prebiotics?

Probiotics contain live bacteria. They are promoted for optimum gut health - one that may spring immediately to your mind is Yakult for instance. In essence, when you take probiotics, you add to the existing bacteria in your gut.

Specifically, probiotics are known for restoring disruption to the gut (that may have been caused by taking antibiotics for instance), and they also aid the bacterial colonisation of it for more of the “good” bacteria and a healthier gut. Just as there are many different types of bacteria that live in the gut, there are different strains of probiotics and these have different effects on the body. 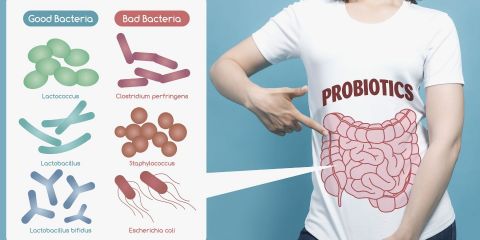 The four most common probiotic groups are:

Prebiotics are like fertilisers for stimulating growth of healthy gut bacteria. So, instead of directly putting more bacteria into your body, prebiotics help you grow them yourself. Where are these fertilisers found? Prebiotics are specialised plant fibres which are naturally-occurring in certain fruits and veggies that contain complex carbohydrates. Think of those that contain fibre and starch. The carbs within these actually aren’t digested by the body, but instead, become food for gut microbes as they pass through the digestive system.

A few examples of prebiotics (although there are plenty more) include:

Where can you get probiotics for kids?

Probiotics fall into two categories when it comes to the form they take.

Good bacteria occurs naturally during the production of certain foods and drinks. Specifically, it’s the fermentation process which makes this possible. 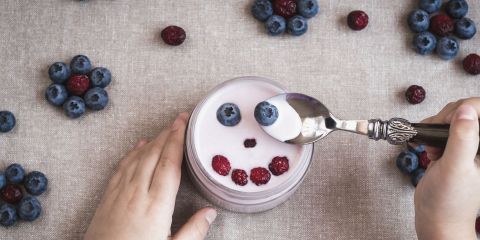 One you might come across everyday is yoghurt. Yoghurt is simply milk fermented with different bacteria. Plain Greek yoghurt is more likely to have the probiotics or “good bacteria” remaining in it.

Other less common naturally-occurring probiotics (depending on your diet) are:

Like most dietary components, probiotics are now manufactured in supplement form too and can be found on supermarket shelves, in health food stores and of course pharmacies. These include:

It can be easier to determine the dose of probiotics your child is taking with supplements, rather than an intake via food. Although, we recommend speaking with your child’s appropriate health practitioner before commencing a probiotic regimen.

Are they safe? Do they really work? What does the research say?

Although widely researched for use by adults, there are few studies into probiotic use in children, with quite mixed results, making it hard to decipher whether they are indeed beneficial for your little ones.

Research suggests they could be useful for those at risk of allergic diseases like eczema. And they could even aid in respiratory infection and antibiotic-associated diarrhoea.

A popular use of probiotics in children is for treatment of infant colic. But research shows limited efficacy here. A 2014 randomised-control trial using a community-based sample in Melbourne found that probiotics did not benefit infants with colic.

Let’s take a closer look at the evidence for some other reasons why you might give probiotics to your kids.

Should kids take probiotics for eczema?

Allergic diseases, like eczema are believed to be linked to having a poor microbiome early on in life. According to integrative gastroenterologist Marvin Singh, the early years are incredibly important in establishing good gut health, because children have already achieved the gut microbiome of an adult by 2.5 - 3 years of age. So, it follows that improving the microbiome of kids, particularly those of toddler age, would reduce the incidence of developing eczema.

One study found that a combination of probiotic bacteria taken by high-risk children, can have a preventative effect on them developing eczema. This preventative effect is established early though - within the child’s first three months of life. Another study also concluded that probiotics can help prevent eczema, although this was based on feeding Lactobacillus F19 during weaning.

So, research looks promising for high-risk kids benefiting from probiotics to prevent or reduce symptoms of eczema.

It’s commonly understood that children who attend daycare get sick more often than those who don’t. In fact, they get 2-3 times more infections than those staying home and take more prescribed antibiotics because of this.

The good news is, a meta-analysis of available literature, and analysis of several trials, has uncovered that probiotics can assist in preventing those worrying respiratory tract infections. Although there needs to be more research in this area, Lactobacillus rhamnosus GG could prove to be a promising probiotic strain for this particular health concern.

It’s no fun for anyone when the very medicine you give your child to help them heal, causes side effects like diarrhoea. You may have first-hand experience of your little one coming down with a case of the runs when you’ve given them antibiotics for a recurring ear infection.

But, there’s hope here. Because trials show that taking probiotic strains like Lactobacillus GG and S. boulardii can actually prevent the onset of antibiotic-associated diarrhoea (AAD). And that could be true for one in seven children who take probiotics while receiving antibiotics.

How to aid the use of probiotics

If you do decide to give probiotics to your kids, there are a few things you can do to ensure they have the best chance of working and providing the health benefits you’re looking for.

Sugary foods create a hostile environment in the gut for good bacteria to thrive. So, if you’d like probiotics to improve your child’s gut health, it’s best not to give them that sugary junk.

Eating veggies can be a tricky for some, especially for Toddlers , but in contrast to sugary foods, a diet rich in fruits, vegetables and wholegrains will actually help to colonise a diverse range of good bacteria. In particular, look to wholegrains like barley, oats and couscous, as well as those fruit and veg that are a source of prebiotic fibre as we mentioned earlier. It’s all about helping those good bacteria to thrive.

Should kids take probiotics: the verdict

If you do decide that yes, your kids should take probiotics, and it’s for a particular clinical reason, it’s important to choose the right probiotic strain for that health concern.

Ultimately, no matter if your child is healthy or otherwise, we always recommend talking to your GP or child health nurse before introducing probiotics to your child.

Please note: The information contained in this article is not intended to be taken as medical advice. Please see your child’s health practitioner before introducing supplements or altering their diet.